To anyone who is a marketer, Donald Trump is a fascinating figure. Leaving aside the “judgement zone” (i.e., whether you are/were FOR/AGAINST) Donald Trump, I thought a quick post just indicating where Donald Trump is on Social Media would be interesting (as I can’t find an easy one anywhere). 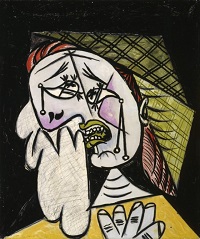 So, sit back in your sit, enjoy the “No Judgement Zone,” and let’s just have a quick look at Donald Trump on Social Media –

Articles on Donald Trump as a Marketer

Marketing in the Age of Trump (http://jmlinks.com/22m).

12 Things I learned about Marketing from Donald Trump (http://jmlinks.com/22r).

Oh, and the dangers… Donald may find that Social Media isn’t that easy to control.  See SNL video, here.

Rate this!
Tags
FacebookTwitter
tweet
Links from Social Media Sites – Do They Count for SEO?
Reputation Management for a Non-Local Business: Should We Care?