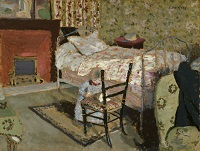 Answer. Great question!  You have to think a little like Google, however. First and foremost, Google makes its money not off of SEO but off of AdWords; accordingly, Google really strives to get you (and every other small business person) to advertise. So it is easy to find Google help and official training materials on AdWords, but not so easy for official information on SEO. Second, Google has a conflict of interest. Because it wants you to advertise, it isn’t very keen on explaining the SEO “rules of the game.”

Google also has a series called AdWords Seminars for Success, but note that it does NOT cover SEO.  You can find it here. Ironically, therefore, there isn’t really ANY official Google SEO training. Instead, you have to look at third party organizations such as the .