You Are Here: Home » Misc » Is MySpace still relevant for social media marketing? 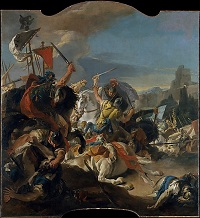 Answer: MySpace was originally quite important but now it has primarily become a site for music and musicians.

So if your company is involved in the musical space I would consider MySpace an important social media then you but I doubt it has any significant SEO benefit.

With respect to social media the most important social media venues for S EO purposes are probably twitter Facebook and Google plus.

Google plus is especially interesting because it is owned by Google. Finally if your company is involved in local search engine optimization then Google plus local is incredibly important.

CAT-Social Media, Google+, Twitter, Facebook, SEO, Google, Social Branding
Rate this!
Tags
FacebookGoogleSEOSocial MediaTwitter
tweet
Where do you place your keywords for best SEO?
Does having a Twitter feed on your home page help SEO?