You Are Here: Home » Misc » How is Bing (Yahoo) different for SEO vs. Google?

How is Bing (Yahoo) different for SEO vs. Google?

Question: I know the algorythms are different for Google and Bing – but how is it possible that we show up on page one for Google and not at all in Bing/Yahoo? 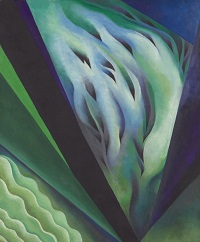 Answer: First of all, BING is a huge afterthought. Despite what they say in public that Bing has a 25% market share, I have NEVER had a client where BING even breaks 10%. So I think BING is a complete and utter failure; so don’t worry very much about it.

Secondly, if you succeed at Google, you will succeed at BING. The biggest differences are a) domains. BING favors domains that contain keywords, whereas Google puts much more primacy on inbound links, and b) speed. Bing is much, much slower to pick up new content and changes than Google.

Until / unless Bing unifies with Facebook, it’s really pretty much a joke as a search engine. Sad but true.